On December 17, 2020, the Art of the Glass Bead officially joined the list of Intangible Cultural Heritage of Humanity, by UNESCO. This award encompasses three divisions in glass bead production: a lume (or lampwork/flamework), cane beads (such as the chevron bead – grounded down using lapidary tools), and conterie beads (seed beads).  Although this recognition doesn’t specifically mention the city of Venice and Venetian glass beads, Venice is the pioneer of manufacturing glass beads in all three categories.  As such, the verdict of UNESCO was truly a grand celebration for the Venetians!

Venetians have been manufacturing and exporting beads since the 1500s. The Venetians are the masters of two things: shipbuilding and manufacturing glass beads. Put the two together and you’ve got fleets of magnificently designed naval ships transporting a cargo of treasures. These “treasures” were Venetian glass beads . . . and these beads reached all continents except Antarctica. Venetian glass beads were in great demand all over the world . . . long before the internet or Amazon!
The mayor of Venice, Luigi Brugnaro, was very proud of this prestigious award and recognized it as “a way to demonstrate not only the value of this precious art but also of the great professionalism and skill of the bead artist.”

Included in this award was the recognition of the social and cultural impact the beads had on Venice. Hundreds of women were employed to string the conterie beads onto threads. These women were called the impiraresse (the term probably derives from the Greek word piron meaning to thread). The streets and squares were full of hundreds of these meek figures stringing beads of every color imaginable. The activity of stringing the beads came from the Castello district of Venice, whereas the bead artisans (lampworkers) were concentrated in the Cannareggio district. Venetian glass beads gave work to almost everyone living in Venice and Murano (the island where the glass furnaces were situated).

Some beads were given names such as rosetta (chevron), cornolia (white hearts), fiorato (wedding cake beads), and a specific pearly white seed bead was called, “the teeth of the Blessed Mother.”
“Through beads, their infinite beauty is inextricably linked to their extreme fragility, just like our city. We want to remind the whole world that we must protect the fruit of man’s ingenuity and creativity. Only in this way will we be able to hand over these noble arts to future generations ». (Mayor of Venice, Luigi Brugnaro)

The glass bead, now officially recognized by UNESCO is an honor and a blessing. For many years, cheap reproductions of Venetian glass beads have been mass-produced and sold for pennies, resulting in the decline of this artisan industry. It is a blessing that the ART of the glass beads receives a universal stamp of approval, protecting and acknowledging its history, culture, and authentic production.

Venetian glass beads are collected by many people all over the world. They can be found in museums and galleries. They are worth their weight in gold because they are beautiful and come with a rich history.

To learn more about the history of glass beads:
Nicole Anderson
Author of “The Glory of Beads — The Rise & Fall of the Societa’ Veneziane per l’Industria delle Conterie.” www.thegloryofbeads.com 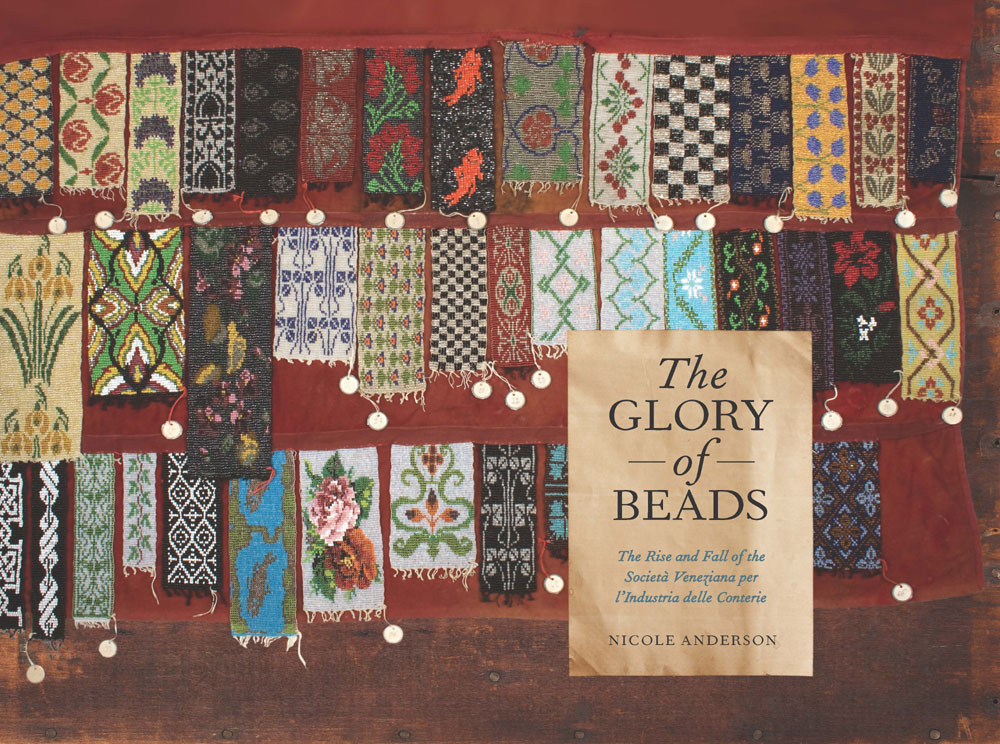 This prestigious award acknowledges the social and cultural implications it brings to the community.
A new record that confirms the richness of the widespread national cultural heritage and that enhances the commitment of the communities in the enhancement of that set of traditions that distinguish them “.
The works were coordinated by the Ministry for Culture. “The Italian Unesco sites rise to 69, of which 55 are registered in the world heritage list – commented Minister Dario Franceschini – and, with the two new ones of today (together with the art of pearls there is art music of Piedmontese hunting horn players n.dr ), 14 enrolled in the list of intangible heritage.
UNEhe fifteenth session of unesco’s Intergovernmental Committee for the Protection of Intangible Cultural Heritage, which met today on Thursday, December 17, 2020 in web conference, officially included L’Arte delle perle di vetro in the Representative List of intangible cultural heritage of humanity. SCO Throughout the course, the work was coordinated by the ministries of culture of the respective countries. For the city of Venice it is the first inscription of an intangible element in the UNESCO List.

The art of glass beads is closely linked to the richness of knowledge and mastery of a material, glass, and an element, fire. This art brings together shared knowledge and embedded techniques, refers to particular artisan processes and tools and includes different processing phases. The candidacy focuses on know-how, on the social and cultural implications of this art and not only on the object created, It is a source of great pride – underlines the Mayor of Venice Luigi Brugnaro – such a prestigious award on the eve of the celebrations for the 1600th anniversary of the foundation of Venice. A journey that lasted several years and that led to an important goal. A way to demonstrate not only the value of this precious art but also the great professionalism and dexterity of the Perleri artists.ed.